Consciousness and existence have always been subjects that unveil us. It has been a philosophical reflection since the Greeks and is still valid today. Regarding this, we have more questions than answers. Aristotle postulated that there are three types of souls: vegetative (plants), sensitive (animals), and rational (humans), placing the human soul as superior. Why do we think we are so special? One of the answers might be our ability to create music.

🎵 Listening to, understanding, and creating music requires many faculties that only the human being, for the moment, has shown to have. As we can see in the video below, some animals can recognize and move to the rhythm of a beat and others recognize the pitch. But only humans can assemble the whole puzzle to derive music.

Making music may be one of the unique qualities of our species. It has a deep close relationship to what it means to be a human being. But, for some years now, technology, as it usually does, came to question this aspect. Artificial intelligence is now capable of creating music, which triggers many questions:

What this is all about?

🤖 Artificial Intelligence making music is not new at all. In 1957 Lejarem Hiller and Leonard Isaacson - University of Illinois- programmed a machine to create the first piece written by AI.

From that moment on, multiple software creates and performs musical scores as Computer Accompaniment, ChucK, Morpheus, and AIVA.

🤓 If you want to read more about AI music history, I suggest this article.

You may wonder, why would someone try to make machines create art? Why in the world would they want to take that from us?

Some may even consider it disrespectful. But let's take a moment to understand some of the arguments in favor of this technology. Not necessarily to agree, but to get a complete picture.

☝🏻One of the arguments in favor is that it is impressive to see how far technology can advance. Technological development is something that we cannot and should not avoid. It comes along with many opportunities and improvements in our quality of life. Of course, as long as we use it ethically.

☝🏻Another point is that music has proven to have positive effects on the human brain, which suggests that developing machines with the ability to create music allows them to recognize emotions and interact with humans accordingly.  Of course, this brings with it a lot of ethical dilemmas as well. I will not dig deeper to stay focused on the topic.

☝🏻A further argument is that human beings have limitations. Musicians cannot cover all the art needs in the world. So relying on technology to bring music to more places, to create more music for different types of people and occasions is very favorable. We could refute this last argument by stating that there is already a lot of music out there. And maybe it's not about creating more and more music, but about creating more democratic access to technology in general.

Let's take a look at this moving speech by the creator of AIVA:

Why does it bother us so much?

🤯 AI is capable of creating musical pieces that are almost impossible to differentiate from music composed by humans.

To show you that I'm not lying, try the exercise with these guys to guess which songs were composed by humans and which by AI:

To reduce the mind and music creation to 1 and 0 reduces our existence, making us feel our life has no transcendental meaning 😥. I think this worries us and makes us uncomfortable because it shows that humans are not as particular as we thought, generating a collective existential crisis.

In this sense, my position is that it doesn't matter much where we come from or what consciousness is (whether it is something metaphysical or ones and zeros). The fact that we are here questioning our existence, the whole related evolutionary process, our ability to create art, all of that is breathtaking 🤩! We should be more concerned about enjoying life and making the most of the time we have, rather than being mortified by the thought that maybe we are not as special as we thought we were.

Also, as with all technology, it produces fear. Humans tend to resist change for fear of the unknown. But it is precisely the unknown which allows us to create a different world, and hopefully a better world.

Those who think this is deteriorating art, thinking that the songs created by AI are empty and soulless trash, please consider the following. Much of the music we listen to nowadays, created by humans, is designed as a consumer product based on patterns. Isn't that more empty than a symphony created by AI?

What does it mean for musicians? Will they lose their jobs?

There is a misconception that technology will take over all human things, including their jobs. History has shown us that machines do not replace humans and put them out of work. Technology has transformed the labor and economic system, creating new types of work. I believe that the same will happen with musicians. Technology has reduced mechanized work for humans allowing us to focus more on social interactions, collaboration, and innovation.

"The introduction of mature AI will ultimately allow creatives and corporations alike to reimagine the creative process, target new fans, and identify the next set of musical stars with greater accuracy and precision than we ever imagined. We, as a business and culture, need to embrace AI as an enablement tool to shape the music business of tomorrow" - Entrepreneur

I don't think AI is coming to replace musicians for one simple reason. The power of music relies on how it appeals to our emotions and connects us. I'm not saying that a song created by an AI can't move us. The human story of a piece of music, the background, enables a strong bond between us and music. Or at least that's my case.

Has it ever happened to you that when you know the story of a song, that song becomes an anthem in your life? Some songs represent a historical moment, a social movement for change, etc. And that, that can't be replaced by a machine.

Here I ask myself, could it be that what makes us human are our stories? The stories we tell? And isn't music just that? An auditory story that transports us to a particular moment and moves us deeply? 🤔

🤓 If you want to read more about how AI is affecting the music industry, check out this article.

Let's remember one thing. AI needs input from us so that it can process, predict patterns and create music. The compositions created by AI are fed by thousands and thousands of songs created by human beings. In the end, they are human creations. They are a reflection of our collective consciousness, which is fascinating.

One of the most relevant ethical issues is that the product of AI music comes from the compositions of individuals, and there is no recognition or copyright for that contribution 💵 . Whose music is the music that AIs create? Is it the heritage of humanity? If so, no one should benefit financially from it. The main thing regarding the ethics of AI making music is:

🤓 If you want to read more about ethical aspects regarding music created by AI, check out this article.

I am amazed by what we humans have created! The fact that we have designed AI that can compose such beautiful music is fascinating. Like any technology, we have to put it under the magnifying glass of ethics to make sure we design and use it in a good way that benefits humanity. The technological revolution is unstoppable, and we have to learn to live with it, to collaborate with it. I do not think AI will replace musicians. Finally, AI music reflects our collective consciousness, which connects us and that is beautiful.

Hi everyone! After receiving several feedbacks, we decided to change the default direction of ties when there are two voices in a staff. Now ties are going outward. This way ties are less 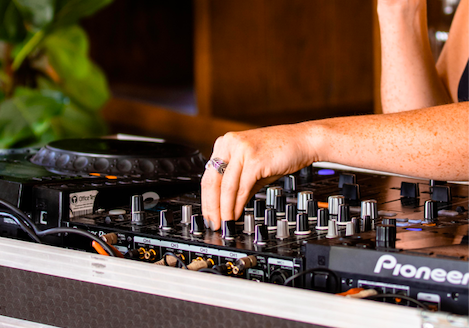 Music is about learning the theory, the history, enhancing our performance, composing, but there is another aspect we ought to consider. Music is also a performing art. Learn the key aspects to improve our mise-en-scène.

Flat - Blog
—
Is music what makes us humans?
Share this