We, humans, need to express ourselves, and we have multiple ways to do so. The most common way is through language. The problem with language is that words contain symbolic and cultural load, so they can fall short or fail to communicate what we want. That is true, especially when it comes to our emotions, about what we feel or who we are. To express these aspects, we need more freedom and flexibility than words offer. We need music.

That is a reflection, among others, derived from our interview with Daniel, the composer of the month, November edition.

Daniel, better known as ClassicallyAwesome on Flat, is a young composer in age, but very mature in the way he sees life and thinks about music.

Daniel is a 13yo piano & cello player from New York. He started studying music about four years ago, but his relationship with music started before that. The soundscape in his home growing up was quite eclectic. His parents love music and have a collection ranging from jazz to popular music. However, jazz captured Daniel's heart, becoming one of his biggest influences. He believes that this influence is, primarily, because he was exposed to this genre from such an early age by his parents. It is impossible not to be influenced and determined by the context in which we grew up.

" Context determines the way you do things... it determine how everyone does things"

This young man ventured into composing two years ago, during covid quarantine, simultaneously when he joined our Flat community. However, his early works were very simplistic, according to him.

Thanks to the feedback he has gotten from other users, he has improved greatly. This is one of his most recent works, of which he is (justifiably) proud:

As for his experience on Flat, he stated it has been great.

"There are other sites... but the reason I like Flat is because of the community. The feedback that you get. Flat is a very close to the community and that is why I love it so much"

It is beautiful to see how the dream of Flat's founders has materialized. They dreamed of creating, more than a notation software, a nurturing community of music lovers.

Daniel hierarchizes his influences into three categories. First, as already mentioned, jazz. Among his most relevant idols are Coltrane and Mile Davis.  However, he enjoys and draws inspiration from all subgenres (Ragtime, Swing, Bebop, etc.).

Second, Lo-fi. At the moment, Daniel is exploring this genre a lot. He is fascinated by it, not only because of his aesthetic, which is quite elegant and classy but because of the neurological effect this genre has.

It is interesting, and often neglected by many musicians, to consider the underlying scientific and biological aspects of music.

The third category is synth-wave/retrofuturism, which is an electronic genre influenced by science-fiction. It's a way of predicting or imagining the future 🤖.

Music is the expression of the intrinsic freedom of the human soul. There has been an institutionalization of this art, but in essence, it remains a manifesto of our freedom. We have to honor that freedom and not be afraid to let our creativity flow and find a way to express ourselves authentically.

Remember that music theory does not correspond to the rules for making music. Music theory is the rationalization of music to understand and write it. But in reality, music as such has no rules that you have to follow. First came the music, then the theory. The theory is a resource for understanding music. Music is freedom 🤸.

"You can see that people are constantly pushing the edges in music, like  atonal music"

What music means for Daniel

Music is Daniel's primary way of expression. Also, music is a time machine and a way to connect our individuality with the collective.

"Music expands..., pushes further but you can go back to the begining of it and experience that nostalgia that everyone knows and loves. It's a great feeling of joy and pleasure when you discover or redescover something beautiful"

Talking about beauty, his biggest dream as a musician is not fame and recognition but having an album of 20 songs that he completely loves and is proud of. He finds that, no matter how beautiful a piece is, there always comes a time when it bores us. And he is in search of a song that never reaches that point.

"Utopia would be a song that I never get bored of, a song with endless beauty"

His advice to new composers

His advice is not to be intimidated by music theory. It's a challenge to understand it, but it's not as difficult as it seems. He also tells us not to be afraid to imitate other artists: "it is a great way to expand your knowledge."

⌛ Another point is how to manage your time to achieve the goals you set for yourself, which has been one of Daniel's biggest challenges. On that aspect, we have an article that can help you a lot. Check it out here.

To end the interview, we always ask the composers if there is anything else they would like to share with our readers.

"I like how much work the devs put into being interactive with the community. Often the complaint is how the devs are separate from their community, the people who use the platform.  I love the new HQ instruments they are adding... I absolutely love them"

It is vital for us to be close to you and to continue building a caring community.

By the way, you can check the whole interview here: 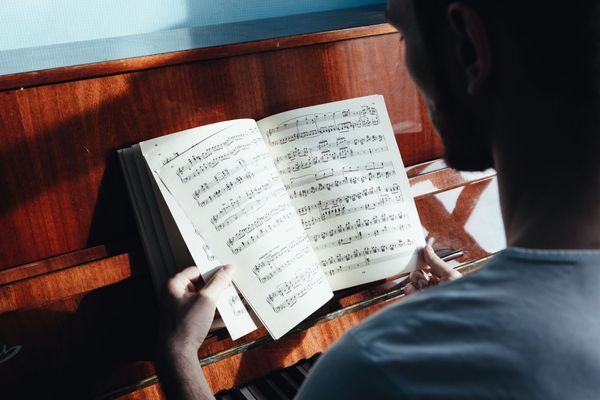 Last month Randy hosted a Tone Poem contest on the platform. Discover the results and meet the host, who, by the way, is a great composer!

Private sharing links are handy to quickly share a music score with someone else. However, some schools require that scores must not be accessible outside of their schools, which is not compatible with