Hi,
In this article, we will talk about notes names, clef, staff...

But first, let's clarify some notations. (if you want to, you can skip this section, and come back to it later if something seems unclear)

We will (almost) always use what is called "common notation" : it includes, mainly : a staff (or two, or more staves) and a clef. (each staff has a clef).

here is a staff :

here is a treble clef :

and here is a bass clef :

We place notes on or between those lines.
Once the note is placed on the staff, you can tell the note name thanks to two elements :

If you change one or the other, the note name changes.

First, have a look at this image : it represents a piano keyboard, a bass clef and a treble clef (weird symboles on the left),staves (horizontal lines) ,and the name of the notes, with the correspondance between notated notes and piano keyboard. For the moment, we are only talking about the white keys (also known as natural notes). 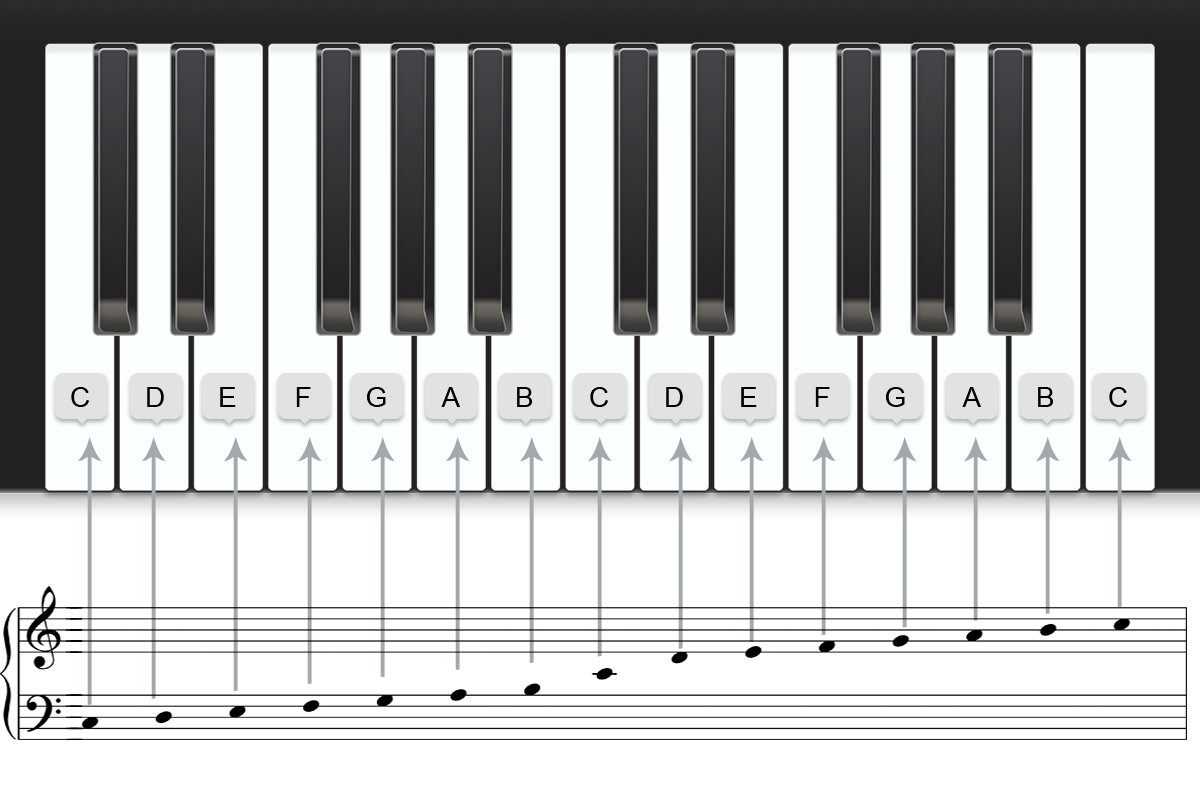 If you want to, you can have a look at this score.

Besides, you can train here : Musicards

Now, let's take a step further and talk about the black keys.
Each black key has two names (in fact even the white keys have several names, but we will discuss that later)

First, let's have a look at the "sharp names" 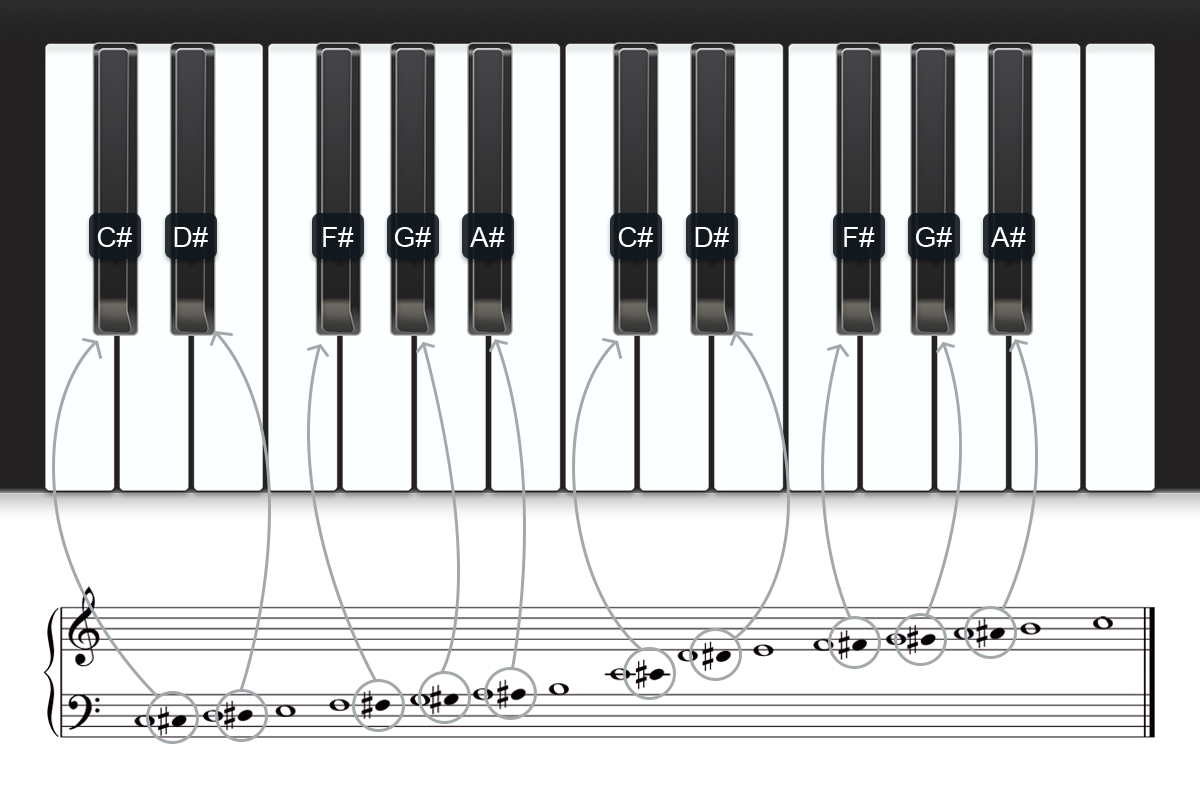 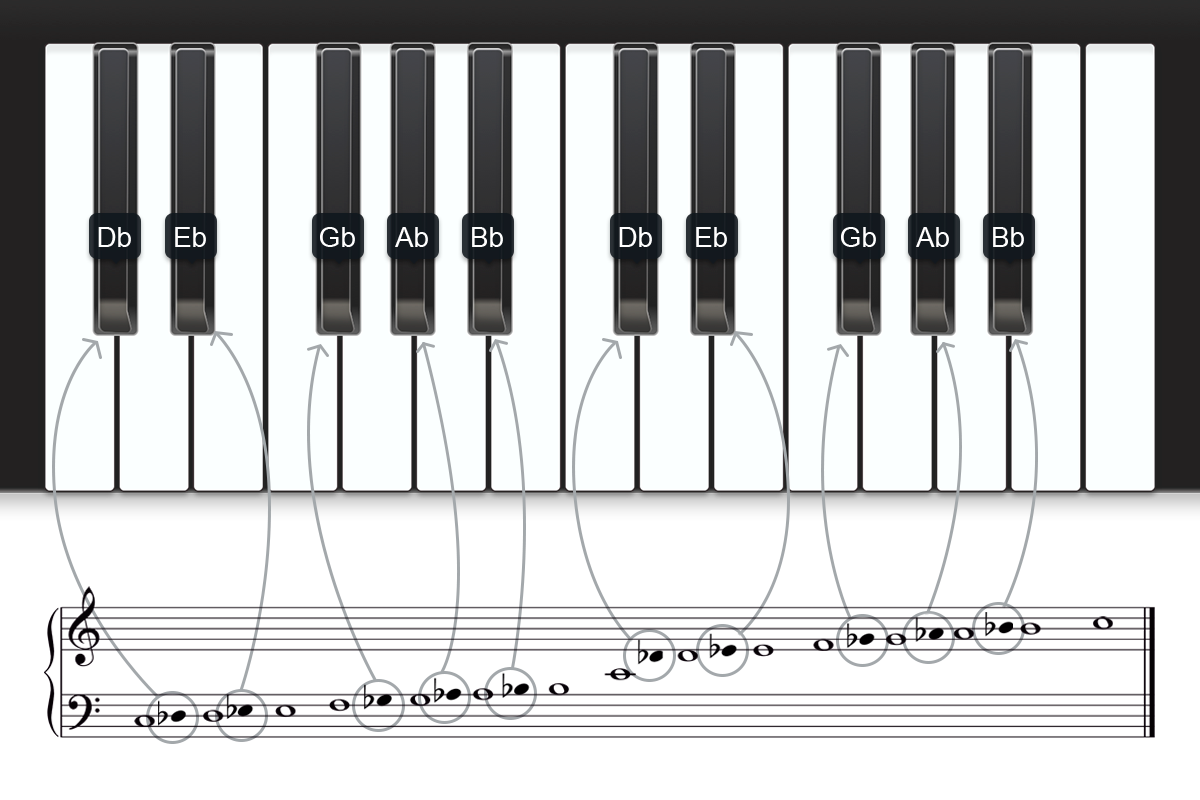 You may have noticed that this symbol : ♮ (called "natural") appears on the score. It means "whatever happened before, play this note as a natural note". For example, the first D in this score is in fact a D♭ : the next one is a natural D, that is why we use the ♮ (called "natural"). If you don't put ♮ on the second D, it would be played D♭. Accidentals (sharps, flats and naturals) apply within the measure in which they appear, unless canceled by another accidental sign, or tied into a following measure.

So technically, the picture corresponding to flats only is not correct. (some naturals would be necessary)
We will discuss that later in a "Notation post"

For now, you can start by remembering that notes have multiple names (or notations) : we choose the one that seems to be the most convenient, regarding the situation we face.
For example :

Note names in a nutshell : check this video
You can train here : Note identification

In the next article, we will talk about the distance between notes. 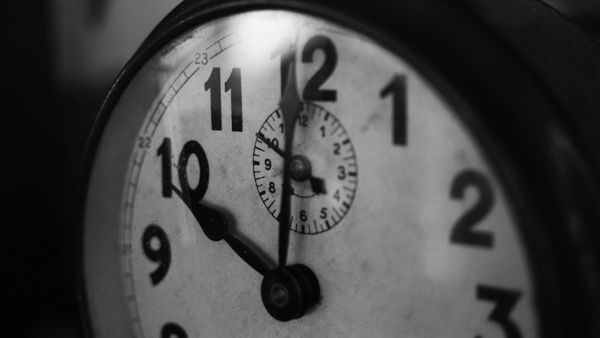 Hi folks, Some great features have been released last weeks. Here's the most awaited, Tempo change! You can now select a range of measures to change the tempo value: Or you can change

Hi, It has been a while since our last blog post! Almost a month ago we launched our brand new version of Flat. I am pretty excited to share with you some data