John Milton Cage Jr.(September 5, 1912 – August 12, 1992) was an American composer and music theorist. A pioneer of indeterminacy (meaning “that cannot be measured”) in music, electroacoustic music, and non-standard use of musical instruments, Cage was one of the leading figures of the post-war avant-garde. Critics have recognized him as one of the most influential composers of the 20th century. It is however important to remember that his legacy extends far beyond the world of contemporary music: he also was a poet, philosopher, artist, printmaker, and mushroom collector.

John Cage’s Dream is a meditative meander, written for the dancer-choreographer Merce Cunningham. A quiet solo piano line wanders from place to place, while the pedal is used to create a gently shimmering halo of resonance.

The effect is hypnotic. It’s the ideal music if, as the old year turns to the new, you want a moment or two to reflect on the past and imagine the future.

This work has a tiny range of sounds and is rhythmically very simple. As in other works from this period, the composer uses only the white notes of the piano. Try it with your students using the composition assignment tool! Ask them to compose a slow-paced meditative piece using only white notes.

Through his studies of Zen Buddhism and Indian philosophy in the late 1940s, Cage explored aleatoric or chance-controlled music. Taking these notions further, he often consulted the divinatory “I Ching,” or Book of Changes, to decide how to cut a recording and put it back together.

His first experiments involved altering standard instruments, such as putting plates and screws between a piano’s strings before playing it. Over time, he experimented more and more replacing instruments with his inventions. For example, in “Water Music” (1952), he used a radio, whistles, water containers, a deck of cards and wooden sticks shells, and water to create a piece that was motivated by the desire to reproduce the sounds we find around us every day.

As a matter of fact, Cage sensed music everywhere, and believed it could be made from anything.

10 Rules for Students and Teachers?

Popularized by John Cage, this list was written by Sister Corita Kent.

Every year we reflect on the principles we have learned and review what we can improve on. What will you be reflecting on this time? 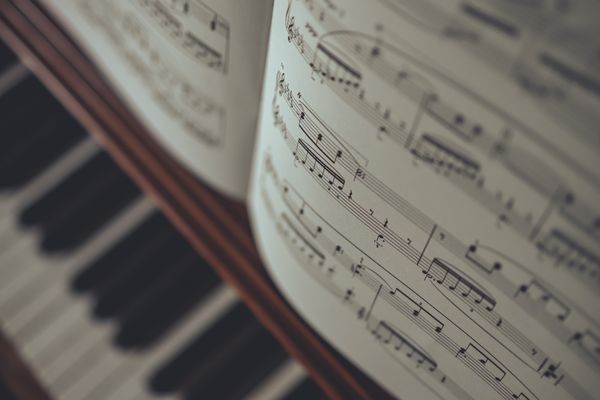 November's winner, 1C3, shares a bit of his story and some tips for those joining the Flat challenges.

Hello everyone, We hope you are enjoying this season 🫶🏼 The year is coming to an end and we all need a break. We're skipping the January challenge for you to recharge your creativity,

—
Music of hypnotic resonance: Dream, by J. Cage
Share this