Music, for composers, is a time capsule. A song we wrote contains the song's story and the story of who we are as well. Something triggered the process of creating that song, and when we listen to it, it will transport us to a moment of our life, to a person, a place, or an emotion. Listening to the music we have written is a way to travel in time.

‌‌Music connects us because stories connect us. A song tells the composer's story while making you remember your own.  You could say that music is the soul of humanity as a whole and forms a structural part of our collective memory.

✨ This month we chose a really interesting artist to be the composer of the month. During our interview, he got us thinking with the following reflection:

"I agree with many people that music is a means of expressing yourself, expressing emotions, all that banter. But what I dare to add to this clockwork of the meaning to music is how it expresses stories, whether it be of yourself, or the fictional characters of the silver screen.

Stories have been around for perhaps as long as humans have. With stories, naturally came music to own and enhance those stories to the heights of primordial flame. Even today, we humans are continuing to reinvent the wheel of putting stories and music together, improving over the previous stories from previous generations... I have the potential to reinvent the music and story dynamic once again, but in a way, I’d hope would be impactful to somebody, even long after my work is history"

Derek Clark, known as RedProductions on Flat, is a 19 years old composer from Oregon, United States. He joined our community 2 years ago

"I discovered Flat through a mutual friend of mine. He was looking for a notation software that could meet the needs for when he wanted to make music for the deep plotline that he and I have been building for over 3 years. This is when he came across Flat, and showed it to me. From there, I spent a few months tinkering and experimenting with Flat, and after 6 months of publishing my work, I paid for their premium service to get full access to what Flat has to offer. The rest, as with many stories, is history"

As always, we had to ask him who his favorite Flat composer is. As expected, choosing was difficult for him. 😱 There are so many great composers on the platform!

"If I had to choose one composer out of the countless composers I could list as being my “favorite”, I will have to give my respect to Finesden, and specifically his piece, “A New Realm”. This piece made me cry happy tears for how masterfully composed it was. Even today, it is one of those timeless pieces that is often brought up in conversation between members of the Flat community, as with several other of his pieces"

View on Flat: A New Realm by Finesden

🎹 Derek's story with music started at a young age with the Piano. His tutor back then, Renee Michele, played an invaluable role in Derek's life, becoming one of his biggest musical influences to date.

"Her style, being this emotionally-driven new age genre with a hint of classical, and her interesting take to lessons as to not teach Western Music Theory, has brought me up in a way that in hindsight seemed impractical. Although as a consequence I am limited in knowledge of Western Music Theory terminology, I naturally practice these tools anyway from listening to Renee’s masterful compositions, such as “Believe” and “Essence”"

The musical landscape while growing up and his musical tastes have given Derek a very particular way of composing.

"I was also exposed to various genres of music that my family and friends enjoyed. I partaken in Music Classes from my Elementary School, learning various simple instruments, and had a few months renting a clarinet at one point. Up until in the thick of highschool, I kept at my Piano Lessons with the same tutor, and my musical tastes leaned towards EDM and Orchestral Game Official Soundtracks (or OSTs)"

No surprise that Minecraft’s original composer C418 and Gareth Coker, the composer for both “Ori” games, are a great source of inspiration for our composer of the month.

"They have influenced me in minor but compelling ways to improve the flow and sound layering of my pieces, and to stay true to my personal style"

"I distinctly remember composing my first round of melodies around the age of 14 or 15. They were quite simple and lackluster, but I kept playing them (when admittedly I should’ve been practicing my Mozart and Bach), variating and experimenting with how they could be played"

Derek describes his style as with 3 keywords: Dramatic, Emotional, and Cinematic.

"Honestly, I have become more adaptable in my composing style, touching on fast-paced pop, ambient horror, and the occasional jazz-esque tangents. My style walks a fine line between blockbuster cinematic, and video game cinematic - yes there are differences"

You may find some similarities between Derek's and John Williams, as well as Han Zimmer's work while keeping his unique way of composing.

"What makes me unique in Flat, is the way I approach the instrument samples open to those who pay for Flat’s premium subscription. Even though the premium subscription gives many freedoms to composers like me, I am often working around Flat’s notational limitations, which has given me many opportunities to discover and craft what makes the best out of each instrument sample. As a result, users are whisked away to unique auditory experiences made from what I believe is the best use of Flat’s instruments"

As it happens to many, Derek tends to choose the last song he wrote as his favorite one. But, putting that tendency aside, he says that Katarkaros is one of the most important ones for him 🤩.

"I would like to highlight this piece, not because its my favorite, but what influenced the Flat Community"

This song was born during a competition hosted by Joshua Holmberg.

"The stars aligned at the start of 2021 when the plotline needed a new IP, and Joshua Holmber  just happened to announce his Story Competition around the same time. I knew I had to go big... At some point in the compositional process, an idea was sparked to have AA66FF narrate a portion of the story. This proved to be the kicker that brought Katarkaros to be as popular as it is now, tying for first place in the competition"

Derek is self-aware and has managed to decipher how his creativity works.

His creative process consists of three parts: The Sound, The Story, and Listening.

"The Sound of my pieces, to me, are the instruments I choose to use for any variety of reasons, whether it be getting just the right sound, or coming up with a new sound by experimenting with the limitations of Flat. Furthermore, unorthodox techniques and compositional skills I picked up through experimentation helped me discover what truly brings out each instrument to create fresh and unique experiences for each piece"

"As for the Story, twelve years of practicing effectively a glorified pretend play became a grounded cornerstone of my music when I was otherwise unsure of my ability to compose anything else. I have a reference - a guide - to my compositions, my active mind envisioning the events of the world inside the plot unfold as the music “plays” in my head in the background, in which I write down and notate. Most of my pieces have a story that I could recall and tell after listening to them once"

"After completing a part of the piece, I then begin listening to small sections of my composition over and over and over until my ear gets bored of it, or I find a mistake that I can tweak. This is what Renee (my Piano Teacher) has told me to do when practicing any piece of music, and recently I adopted it to fit the needs of when either time or motivation is not at my essence, as I tend to compose in spurts of hard work followed by multi-day rest"

This last part caught our attention, as it is a very uncommon practice, but it is handy to polish our final work when composing.

There is a lot to learn from the way Derek makes his music. To finish, we'd like to leave you with a reflection Derek made at the end of our interview:

"I have nothing more to say other than, “Thank You”. Everyone. For listening to my story. To this day, I question how I got here. It feels both like yesterday and a foggy memory when I started Flat, completely unsure on how to approach composing after dropping it for years prior. I am puzzled why my style is the way it is.

Despite my influences, I still feel my style and my willingness to compose so many different things in the first year came out of nowhere. I wonder why I improved and pushed the limits of Flat so quickly. How I became acquainted or even friends with those who tower over me in the game of big social media numbers, yet treated me like a human being.

Self-consciousness aside, it has been a humbling and enthralling experience working with Flat as a software, and its many devoted community members and composers like me. I am one of many composers on this site, all with unique talents, compositional styles, notation styles, and skill levels. I am also one of many who instead of entertaining self-pride in reaching a goal of follower counts, I have instead pushed to bring others up to my level and beyond (Aech, Dislan Music, Elwy Imperial, among others). Little did I know what was coming to me this month..."

Thank you, Derek, for being part of this community. And more importantly, for your beautiful music. 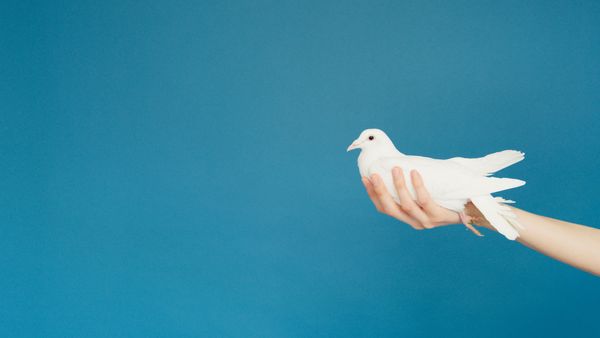 The power that art has is unnoticed by many, but it has an unstoppable influence on how we perceive the world. As Bono once said, "music can change the world because it can change people”. 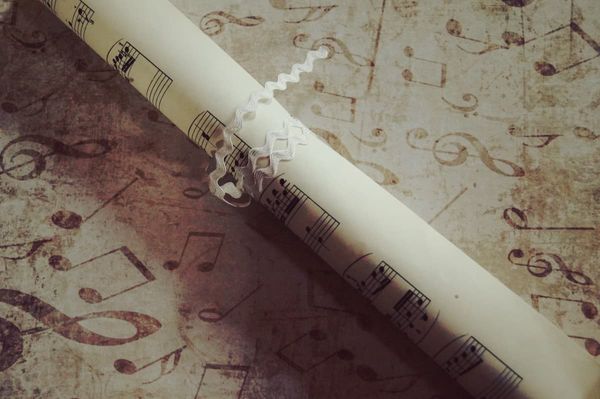 Extract an image of a score as a PNG or an SVG. You can choose which page/measures you want to extract, and use it elsewhere (in a text document or a presentation slide).

—
Music, a way of telling our story
Share this