This is the 4th post in a series of 6 posts dedicated to the fundamentals of music theory for chords.

Today I would like to discuss one more chord type: the suspended chord. It is not a triad, but is usually grouped with triads.

Let me introduce you another chord: the suspended chord (or sus chord)
It is made of a root, a fourth, and a fifth. As you can see, it is similar to a triad, the only difference being that the third has been replaced by a fourth.

…but not a triad

"A triad is a chord of 3 notes that can be stacked in thirds."

Let us have another look at this chord :

This is why this chord is not a triad... but it's not really important. 😉

Here are some examples

Here are some examples of sus chords:

Just take a minute to check that:

In everyday music, a 3 note suspended chord is often followed by a major triad.
If you are a guitar player, I am sure you have played those two measures a million times. 😀

See you next week for our part 5/6: we will discuss inversions. ✌️

Have a nice day, 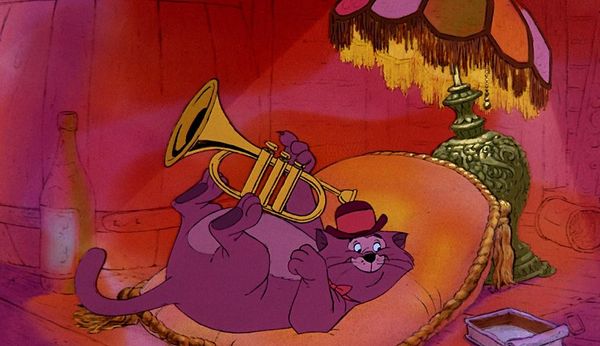 Hello guys, Last month we have released some fancy articulations for brass instruments: The two articulations on the left do fancy things on the attack part of the note, the two on the

Hi everyone, I hope you feel good and ready for the Fall season. 🐿 Last week, I interviewed several teachers who have integrated Flat to their curriculum and use it as an educational tool