This series of 6 posts is meant to be read after this other series of posts on melodic intervals, but you can skip them if you want, and read them later if you feel the need.

As usual, take your time and, if you can, play every single example on a piano!

Chords are basic music elements in modern western culture[1]. Some music pieces are entirely made of a chords structure (typically in pop music[1:1], but also in some baroque music[1:2]).

In this post, I will focus on a simple kind of chord, so we get used to the concept.
I will briefly talk about harmonic intervals, since we need them to build chords. (basically, a chord can be viewed as a superimposition of harmonic intervals)
That's exactly what we'll do in order to obtain what is called a triad.
Then, I will introduce the most common kind of chord : the major chord.

In this previous series of posts, we reviewed the main melodic intervals. As a reminder :

There is another kind of interval : harmonic intervals.

Here are 8 measures of music. Each measure contains an harmonic interval. (Could you name each one ? If not, you could have a look at this post.)

The name of an harmonic interval is exactly the same as the corresponding melodic interval, so nothing special to mention here...
In the next section we'll see how intervals help us to build chords.

What is a chord

The concept of a chord is sometimes fuzzy, but we'll try to address all of its aspects. (this is a series of posts, so we'll be able to do that step by step).
Let's begin with the broader definition of what a chord is[1:3].

For now, this definition is not very helpful to fully understand what a chord is... So let's move on and talk about :

For the moment, we don't want to study all possible combinations of notes, so we will focus on a very specific kind of chord : the triads.

More specifically, we will focus on triads in root position

Please notice the subtle difference in the definitions. I know it's a lot of information, but stay with me :)

Have a look at this :

In the first bar we have a 3rd (C-E).
In the second bar we build a 3rd above the E : (E-G) For the moment, we don't care about the quality of the thirds. (major, minor...)
When we stack the two thirds, we obtain the triad (in root position) located in the thirds measure.

As you can see, there is nothing complicated here. Let's write down other triads, just to get used to it.

As you can see, I've put a chord on each beat. Each one is made out of 3 notes stacked in thirds.

Usually, we give each note of a triad a name : on the bottom we have the root. In the middle, we have the third. On top we have the fifth. (The interval between the bottom note and the top note is a fifth, so that's a reasonable name...) 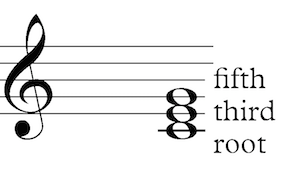 As you can see, each triad in root position contains 3 notes on lines, or 3 notes on interlines. This helps us visually !

Now that we know how to construct a triad, let's concentrate on a specific kind of triad : the major triad.

So far, we talked about interval types (thirds and fifths) but we never mentionned interval qualities. (if you don't feel at ease with those words, have a look at the blog post interval names )
Let's define interval quality.
If the interval between the root and the third is a major third and the interval between the root and the fifth is a perfect fifth, the name we give to the triad we obtain is major triad in root position also called major triad or major chord.

Here are some major chords :

See you in the next post where we'll talk about minor chords, and comparison between major and minor chords. 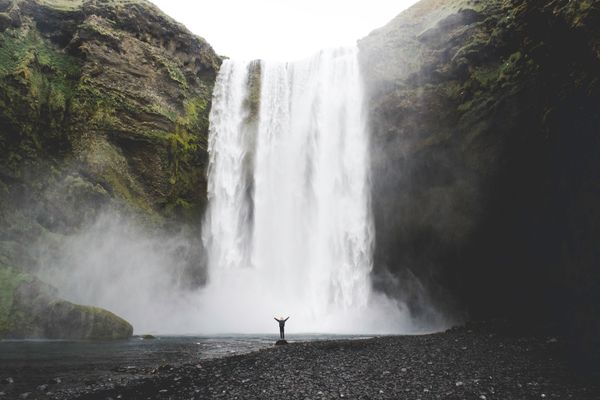 Hi everyone! I am thrilled to announce you that Cyril and I managed to finally release a first version of the range selection experience. We know that this is something which has been 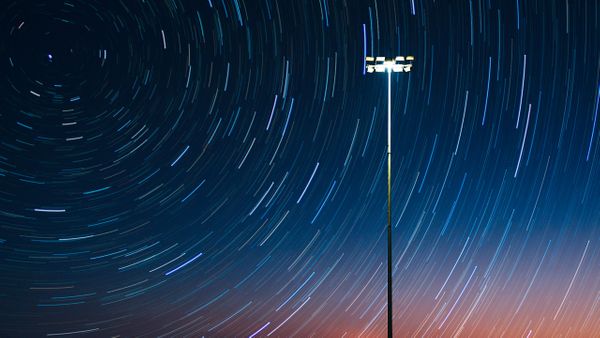 Hello everyone! At Flat, we're working hard this summer to release a lot of features that you'll hopefully like! Earlier this week, we released Flat Stats, which basically gives you an insight on